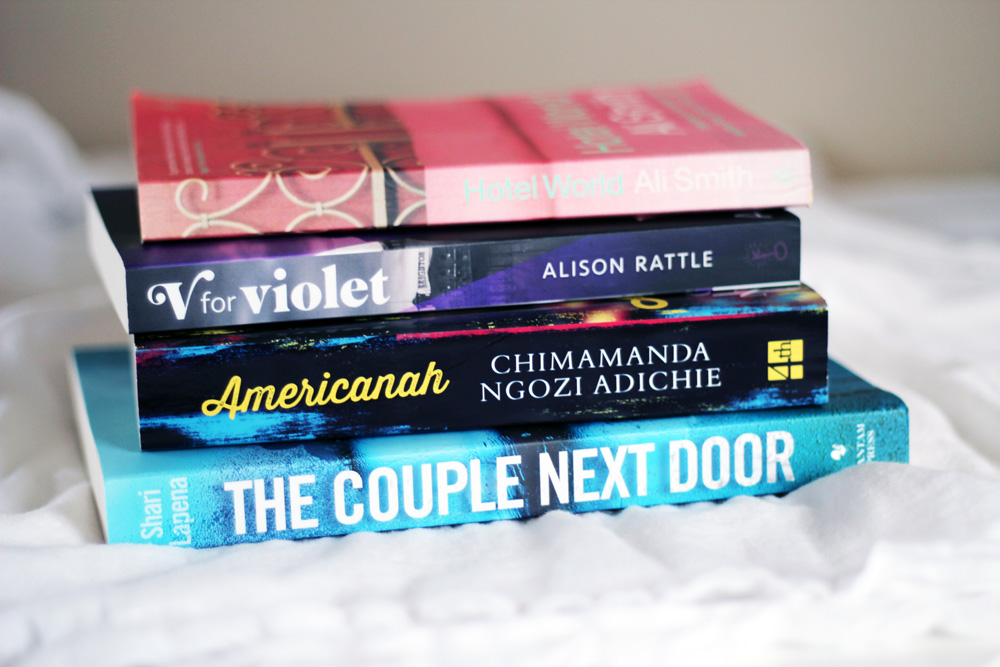 It's time for another round of the #BookBuddyAthon and once again Bee and I have joined forces to get some books read. Created by Elena and Sam the #BookBuddyAthon is a week long readathon, with this round running from May 7th to May 13th, that encourages you to buddy up with someone and talk books, glorious books for a whole week. 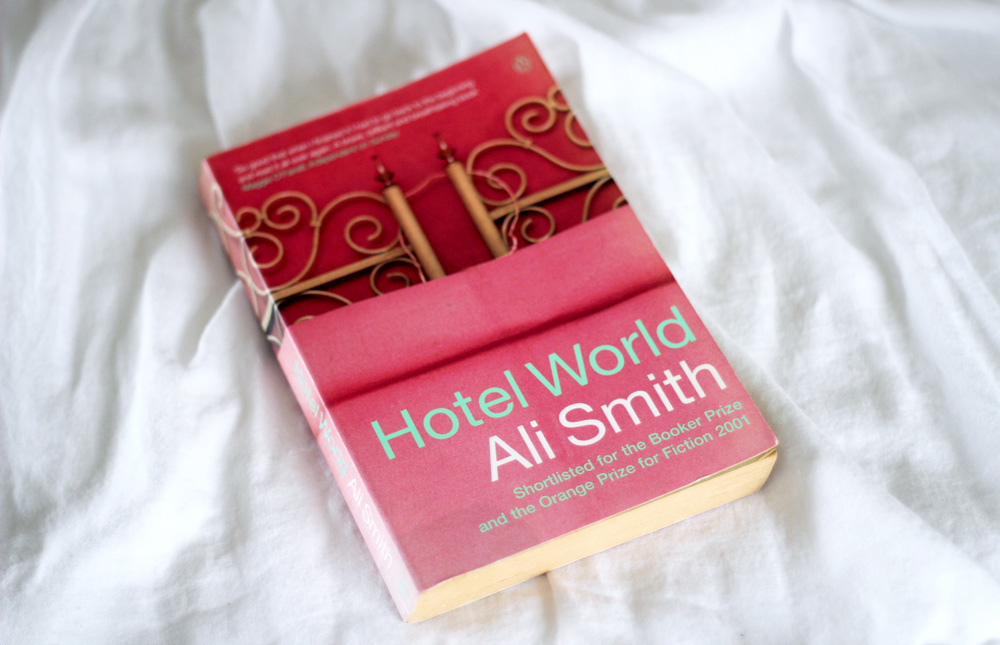 1. Choose three books and have your buddy pick one for you to read.
After giving Bee the choice between Veronika Decides to Die by Paolo Coelho, The Couple Next Door by Shari Lapena and Hotel World by Ali Smith, she chose the latter which I'm very pleased about - it was the one I was secretly hoping for. It was a recent charity shop find and I've been meaning to read some more Smith ever since finishing There But For The a little while ago.

Set in The Global Hotel in an unnamed northern English city five disparate yet interconnected characters inhabit Smith's mesmerising and dreamlike world. Sara is a chambermaid who has recently died at the hotel; Clare is her bereaved sister visiting the scene of Sara's death; Penny is an advertising copywriter staying in the room opposite; Lise is The Global's depressed receptionist; and homeless Else begs on the street outside. 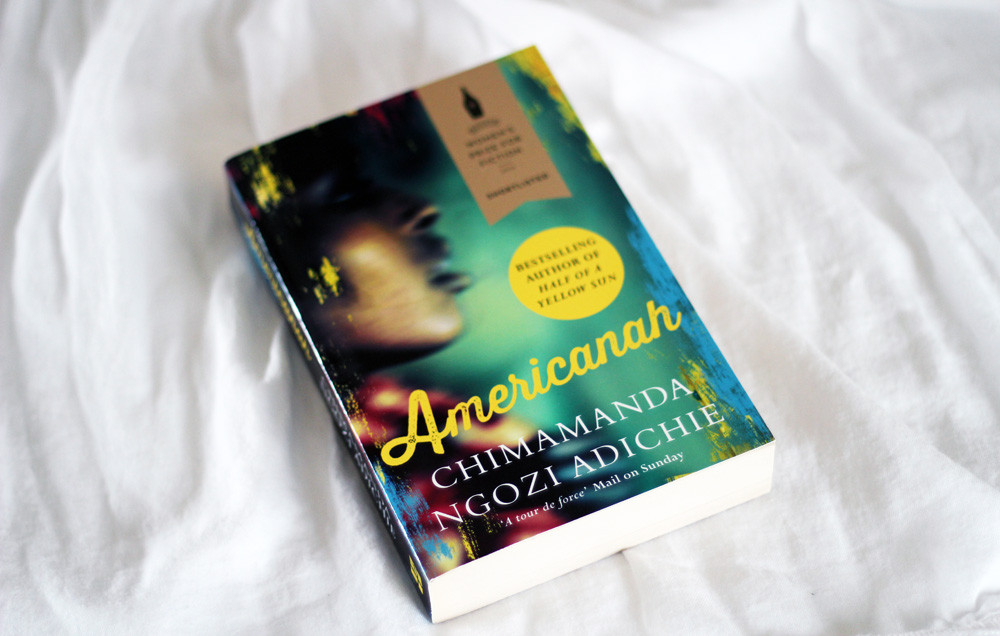 2. Buddy read a book with your buddy.
Whether this is a bit ambitious for a readathon remains to be seen (because my reading pace this year so far has been slooooow!), but we're going with Americanah by Chimamanda Ngozie Adichie and I shall try my very best to make my way through during the week. Americanah is a book that deserves to be read.

As teenagers in Lagos, Ifemelu and Obinze fall in love. Their Nigeria is under military dictatorship and people are leaving the country if they are able to. Ifemelu is self assured and goes to study in the United States. There she suffers defeats, finds and loses relationships and friendships, all while feeling the weight of something she never thought of back home: race. Obinze is the quiet and thoughtful son of a professor and had hoped to join Ifemlu but post 9/11 America will not let him in. Instead he plunges into a dangerous and undocumented life in London. When Obinze and Ifemelu reconnect back in Nigeria years later they find themselves facing the toughest decisions of their lives. 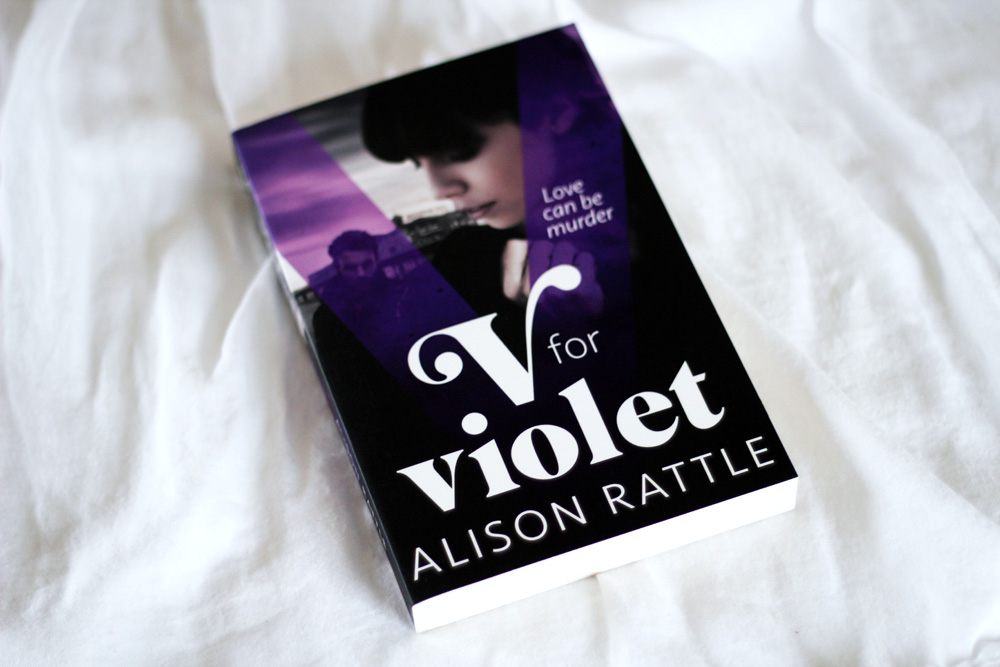 3. Read a book with your buddy's favourite colour on it.
One of Bee's favourite colours is purple and I don't read enough YA so V for Violet by Alison Rattle seems to be a fitting choice for this challenge. The blurb doesn't sound particularly impressive (being totally honest it makes it sound a bit naff and typical), but I'm hoping for good things.

Battersea, 1961 and London is just beginning to enter the swinging sixties. The world is changing, but not for sixteen year old Violet. She was born at the exact moment Winston Churchill announced victory in Europe, but now she's just stuck in her family's fish and chip shop dreaming of greatness. When Joseph, her long lost brother, returns just as young girls go missing and turning up murdered, Violet has a feeling that he's keeping a terrible secret.

4. Read a book where the title starts with the first letter of your buddy's name (or at least appears in the title!)
We've accidentally maybe subconsciously on purpose used the question from last year which is read a book that your buddy gave five stars, because who doesn't want to read a book that someone whose taste you trust says it's bloody brilliant?! There's a copy of Perfume by Patrick Suskind currently (hopefully) on its way to me as I type. This is a book that has been on my radar for a long time but haven't ever got around to buying myself a copy, so this was the perfect opportunity.

In the slums of eighteenth century France Jean-Baptiste Grenouille is born with one sublime gift, an absolute sense of smell. As a boy he lives to decipher the the odours of Paris and apprentices himself to a prominent perfumer who teaches him the ancient art of mixing precious oils and herbs. But Grenouille's genius is such that he doesn't stop there and becomes obsessed with capturing the scents of objects such as brass door knobs and freshly cut wood.  Then one day he catches a hint of a scent that will drive him on an ever-more-terrifying quest to create the ultimate perfume, the scent of a beautiful young virgin. 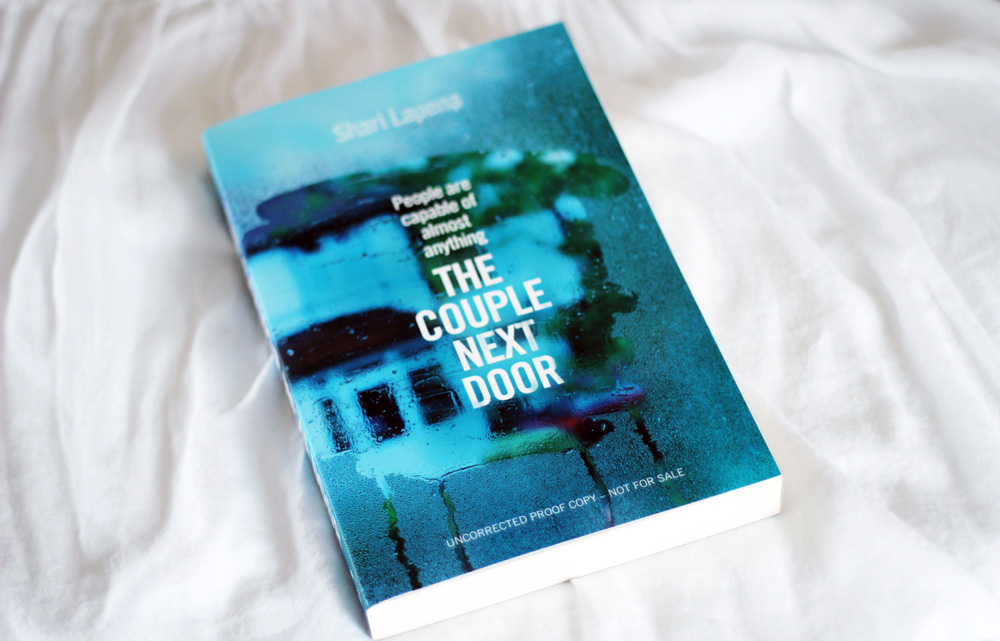 5. Read a book that you want to, just because.
I was going to choose a short story collection to dip in and out of, but I'm really feeling a bit of mystery/thriller/shocking twisty kind of book so I'm going to pick up The Couple Next Door, which I'm hoping will be one of those 'I can't possibly put this down because I need to know what happens immediately' kind of stories.

Anne and Marco Conti seem to have it all, a loving relationship, a wonderful home, and their beautiful baby, Cora. But one night when they are at a dinner party next door, a terrible crime is committed. Suspicion immediately focuses on the parents. But the truth is a much more complicated story. Inside the curtained house, an unsettling account of what actually happened unfolds. Detective Rasbach knows that the panicked couple is hiding something. Both Anne and Marco soon discover that the other is keeping secrets, secrets they've kept for years. What follows is the nerve-racking unraveling of a family—a chilling tale of deception, duplicity, and unfaithfulness that will keep you breathless until the final shocking twist


The #BookBuddyAthon starts on May 7th. Will you be joining in?
Labels: readathon tbr