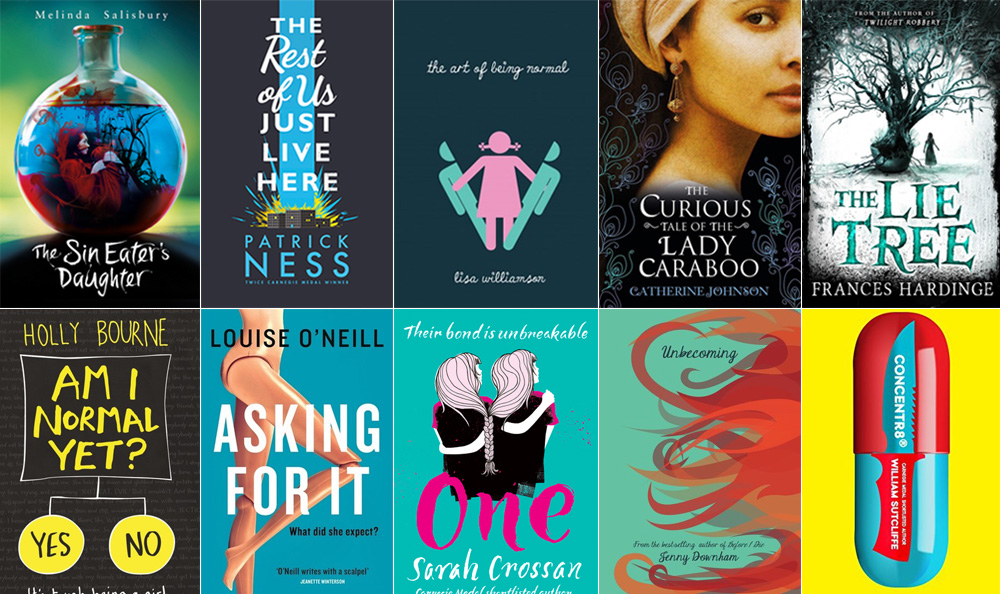 Young Adult literature isn't something I'm too familiar with. I mean I've read a few YA titles here and there, but when I'm not reading adult fiction I'm usually more drawn to children's literature than young adult. And I don't really know why that is, but it comes as no surprise to me that I haven't read any of the books on the 2016 YA Book Prize shortlist. I have heard at least a little bit about most of them though, with The Lie Tree and The Rest of Us Just Live Here being the two that appeal to me the most. 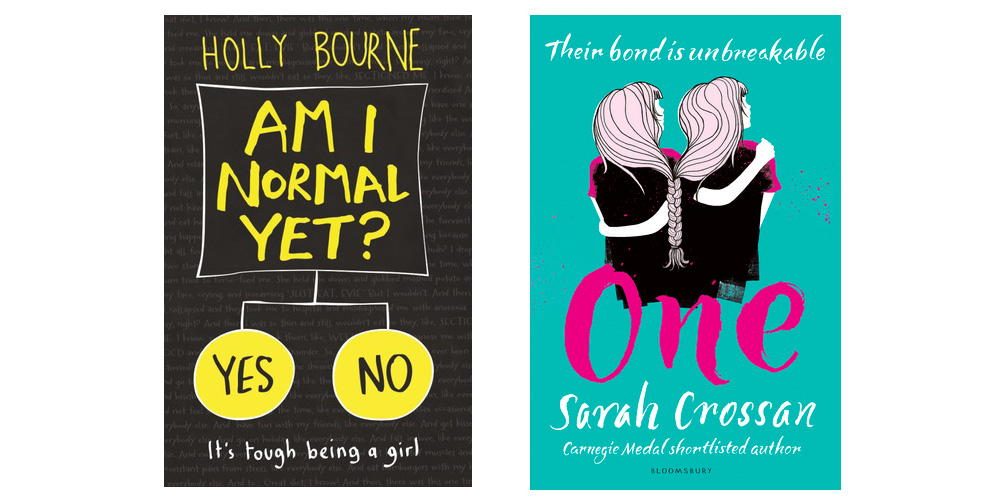 Am I Normal Yet? by Holly Bourne
All Evie wants is to be normal. She's almost off her medication and she's at a new College where no one knows her as the girl-who-went-crazy. She's going to parties and making friends. There's only one thing left to tick off her list...

One by Sarah Crossan
Grace and Tippi are conjoined twins. They are everything to each other. But something is happening to them, something they hoped would never happen. And Grace doesn't want to admit it, not even to Tippi. How long before they must face the most impossible choice of their lives? 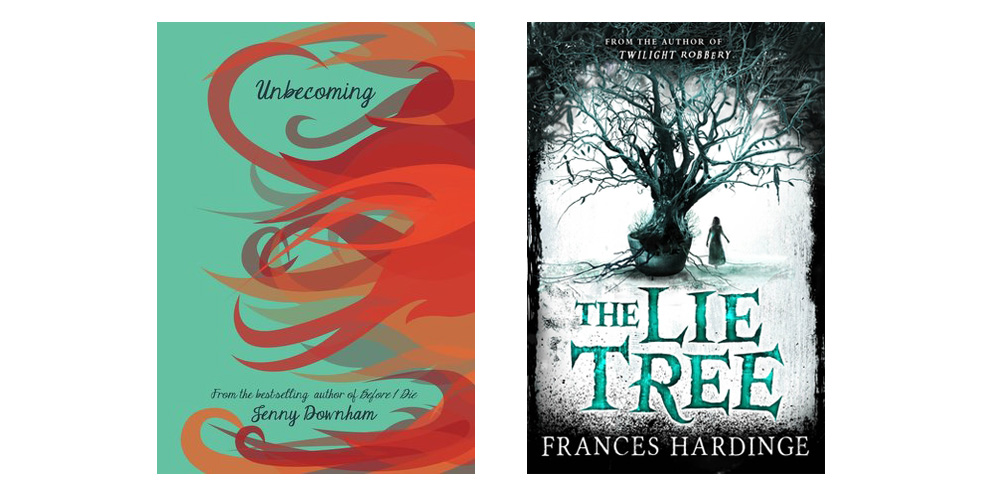 Unbecoming by Jenny Downham
Katie is in love with someone whose identity she can't reveal. Katie's mother Caroline is uptight, worn out and about to find the past catching up with her. Katie's grandmother Mary is back with the family after years of mysterious absence, and is 'capable of anything' despite suffering from Alzheimers.

The Lie Tree by Frances Hardinge
When Faith's father is found dead under mysterious circumstances, she is determined to uncover the truth from all the lies. Searching through his belongings Faith finds a tree. A tree that feeds off whispered lies and bears fruit that reveals hidden secrets. 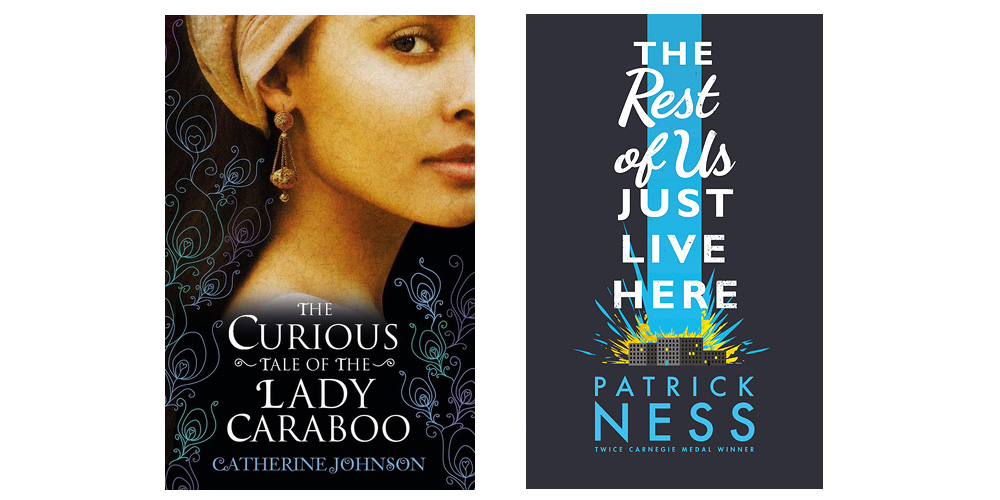 The Curious Tale of the Lady Caraboo by Catherine Johnson
Trapped in her parents stately home, Cassandra dreams of escape. The appearance of a beautiful and disoriented young woman who speaks a mysterious language means life is about to become a lot more interesting.

The Rest of Us Just Live Here by Patrick Ness
What is you aren't the Chosen One? What if you're like Mikey who just wants to graduate, go to prom, and maybe ask Henna out before someone goes and blows up the school again. Because sometimes there are bigger problems than this week's end of the world, and sometimes you just have to find the extraordinary in your ordinary life. 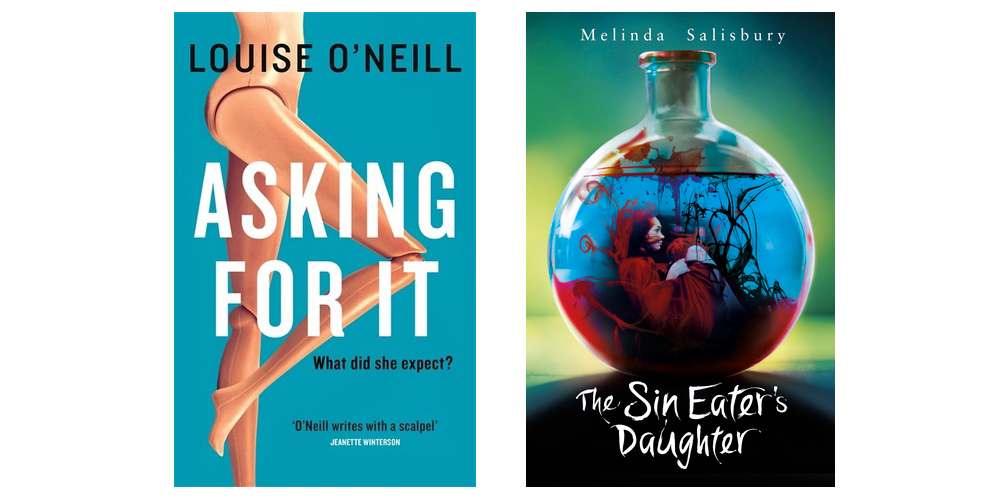 Asking For It by Louise O'Neill
It's the beginning of summer in a small town in Ireland. Emma is eighteen, beautiful, happy and confident. One night there is a party, everyone is there and all eyes are on Emma. The next morning she wakes on the front porch of her house and she can't remember what has happened. She doesn't know why she's in pain. But everyone else does.

The Sin Eater's Daughter by Melinda Salisbury
Twylla is blessed. The Gods have chosen her to marry a prince and rule the kingdom, but it comes with a price. A deadly poison infuses her skin and those who anger the queen must die under Twylla's fatal touch. 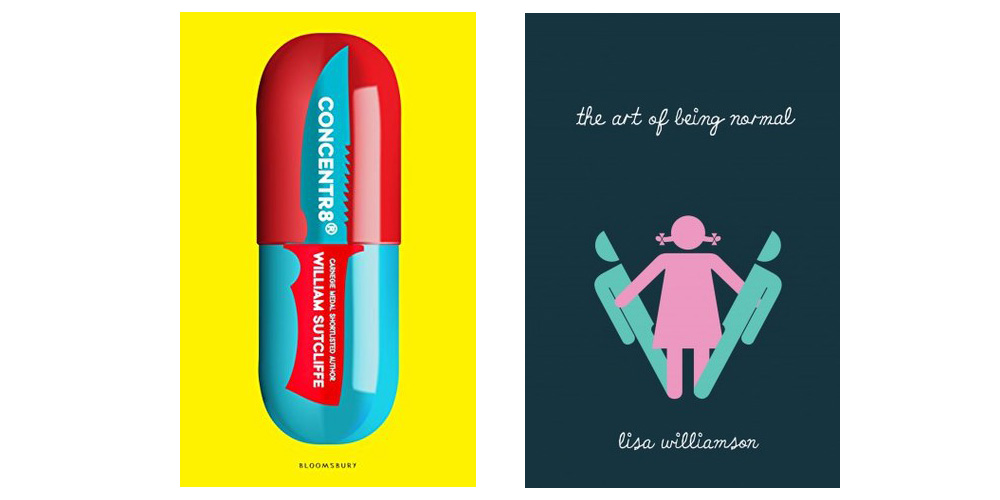 Concentr8 by William Sutcliffe
Concentr8 is a drug designed to help children with ADD, but soon every troubled kid is on it. Troy, Femi, Lee, Karen and Blaze have been taking Concentr8 as long as they can remember. They're not looking for trouble, but one summer day, when riots break out across the city, they find it.

The Art of Being Normal by Lisa Williamson
David has always been an outsider. His parents think he's gay. The school bully thinks he's a freak. Only his two best friends know the real truth - David wants to be a girl. On the first day at his new school Leo Denton has one goal – to be invisible. When Leo stands up for David in a fight, an unlikely friendship forms. But things are about to get messy.

Have you read any of these? Would you recommend them?