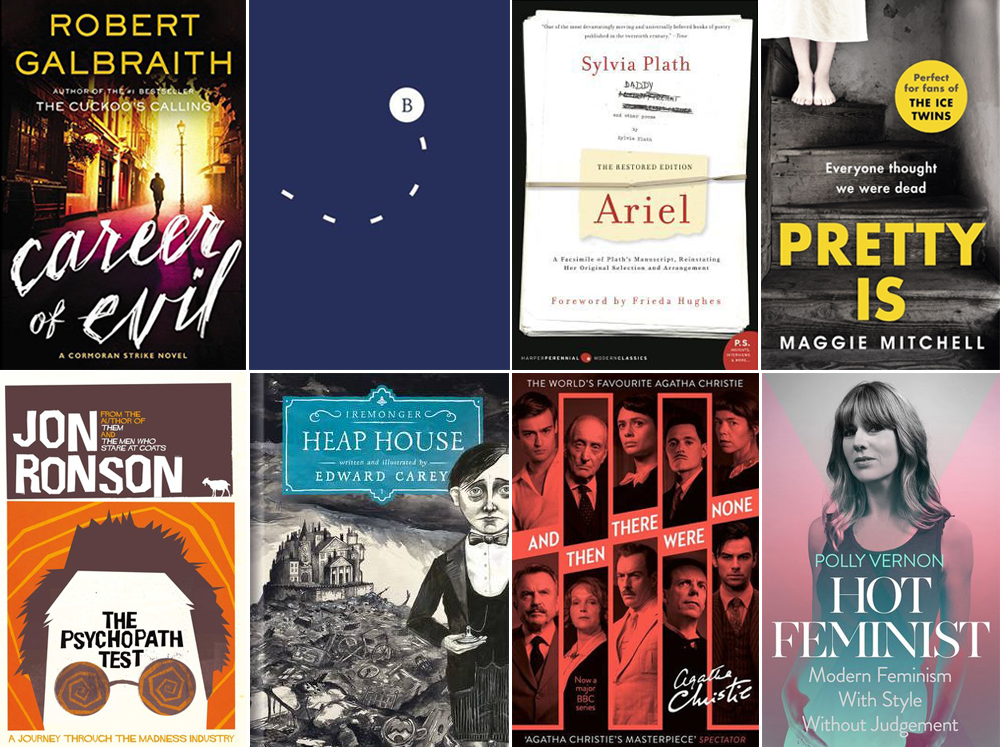 Unfortunately my reading year hasn't got off to the best of starts, but I'm hoping it's going to turn out to be a bit of a tortoise and the hare type situation and my slow and steady start is merely paving the way for bigger and better things. Anyway, without further ado, here are the books I've read this year so far.

Career of Evil by Robert Galbraith **
It's no secret I love J.K Rowling. Her writing and I usually get on like a house on fire, but this time I felt like there was something missing. I don't know if it's a case of it's not you it's me, other reviews I've read seem to suggest it's definitely me, but honestly I thought it was just okay and nothing more. And that's a shame because a well written crime novel is always a bit of a treat.

Strike and Robin are back and it's not long before a parcel, in the form of a severed leg, arrives on Robin's desk. She's alarmed, obviously, but Strike is less surprised and knows at least a few people from his past that could be responsible. Oh how happy I am to lead a very dull life in comparison. The police focus in on someone Strike is sure isn't responsible, leaving himself and Robin to try and solve the mystery. There are more close shaves, twists, turns, bizarre sexual tension and of course, Matthew bringing a touch of wet weekend complain-y misery to the whole affair.

It's not enough to put me off the series completely, but maybe I'll have to rein in my expectations for the next one.

B by Sarah Kay *****
B is a poem that never fails to put a smile on my face and I reread it at least once a year. A forever favourite.

Ariel by Sylvia Plath *****
I bought this copy on a bit of a whim last year at The Strand bookstore in New York, which is every bit as incredible as everyone says. There's something about the way things are displayed in there that is unlike any other book shop I've ever been in. Anyway, I digress.

At the time I had no idea how much of an impact Plath's work would have on me. I mean, I personally know many people who sing her praises at every opportunity, but now I get it. This is the second time I've made my way through the pages and it makes me feel more feelings all at once than anything has made me feel in a long time. I would say that I'm sad that it's taken me until this point in my life to read some of her work, but I'm not because I think I can appreciate it more now than I would have been able to in my teens.

Plath's way with words has inspired me to want to strive to be a better writer, and I can't think of any higher praise than that.

Pretty Is by Maggie Mitchell ***
Part thriller, part character exploration, part chick lit. It's a strange combination, but somehow it works and I was pleasantly surprised.

Lois and Carly May were twelve years old when they were kidnapped and held in a cabin in the woods for two months by a complete stranger. Twenty years later Lois is a University professor and Carly May is an actress. Lois has written a novel based on her past, which we get to read, and a film is going to be made. Naturally Carly May gets cast in said film, the two women are brought together again and they must confront the past they've been trying to hide.

I've managed to make it sound a little bit cheesy and I suppose it is a little bit, but it's the perfect book to while away a rainy weekend afternoon.

The Psychopath Test by Jon Ronson ***
Ronson's books are always fascinating. If I were a journalist, reading his work would make me want to be able to write as well as he can. He knows exactly how to draw a reader in and keep them enthralled enough to read right until the end. He's certainly met some characters in his time and I want to make my way through everything he's ever written.

They say that one out of every hundred people is a psychopath, many holding high power jobs around the world. They're deceitful, manipulative, charming and delusional. Throughout the book we follow Ronson as he learns how to spot them, and of course in true Ronson fashion, meets a few along the way.

Heap House by Edward Carey **
I was so looking forward to this, I do love a bit of middle grade fiction, but I thought it was a little disappointing especially because it's a story with so much potential. It could be that the world gets a little more fleshed out as the series goes on, but something about this first one felt a little flat.

Clod is an Iremonger and he lives in the heaps, a sea of lost and unwanted items from all over London. The Iremongers are a cruel family, but Clod has an illness - he can hear the objects whispering. A storm is brewing, the family is getting restless and the whispering is getting louder. Then Clod meets Lucy Pennant and everything changes.

It sounded delightfully creepy and a little bit offbeat, but I found that I didn't really care about anything that was happening. That sounds horrible I know, and it wasn't a bad book by any means. Perhaps just not quite what I was expecting.

And Then There Were None by Agatha Christie ****
Widely regarded as Christie's most famous work, it was every bit as brilliantly constructed as I had hoped it would be. I had already seen the BBC adaptation so I knew what was going to happen, but it didn't hamper my enjoyment one bit. Christie's writing is so simple but so entrancing at the same time.

Ten strangers, all with their own dark secrets, are lured to Soldier Island and one by one they're bumped off in various delightfully murderous ways. The mystery is so tightly wound, but there are carefully concealed clues in there so extra points if your theory is proved to be correct. I cottoned on to the how, but not to the who.

It's really rather brilliant, and must have been a pure delight to put together.

Hot Feminist by Polly Vernon **
I'm not really sure what to say about Hot Feminist other than it was a bit of a chore. I'm not sure who it has been written for, but I'm certain that it wasn't written for me. And that's okay. There were points in there I wholeheartedly agree with Vernon on; you can be a feminist and want to be feminine. Of course you can wear high heels and lipstick and skinny jeans and still be a feminist. But if the point was to introduce this as a revolutionary idea, it missed the mark because for me it's nothing new. It really started to lose me with stories of laptopped freelancers jostling for space in coffee shops with Mums with prams and throwing in style tips along the way, which if you know me in real life (wearing all black everything all the time) you'll know that I'm not really interested in any of that. For me it didn't hang together as a cohesive book, but in reality that's probably because it simply wasn't written for me. And again, that's okay. I truly hope it found its audience.

The Book Of You by Claire Kendal **
The beginning was strong, but it quickly began to trail off. I won't say too much because I did end up skimming quite a lot of it, so I definitely won't have grasped every detail particularly well. It's one to look up if you really enjoy psychological thrillers.


What's your favourite book you've read this year so far? 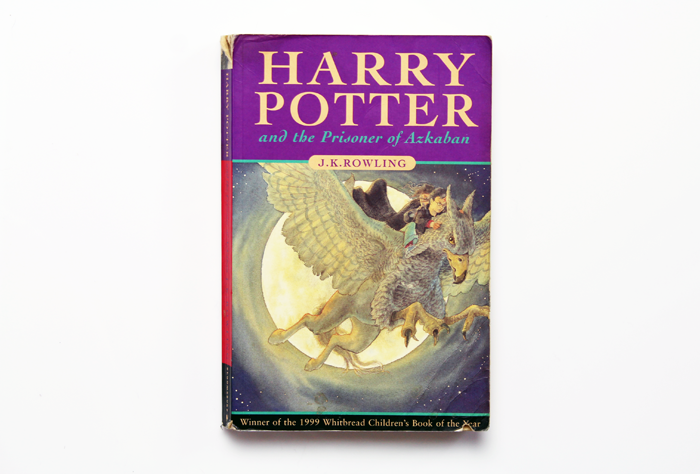