I have a to-read shelf on Goodreads that I use to keep note of any book that particularly catches my attention, but I also have a notebook that has become affectionately known as 'The List'. The List contains book titles that I definitely don't want to forget about and titles that I would like to start reading very soon. Here are a few of the books sitting at the top of The List... 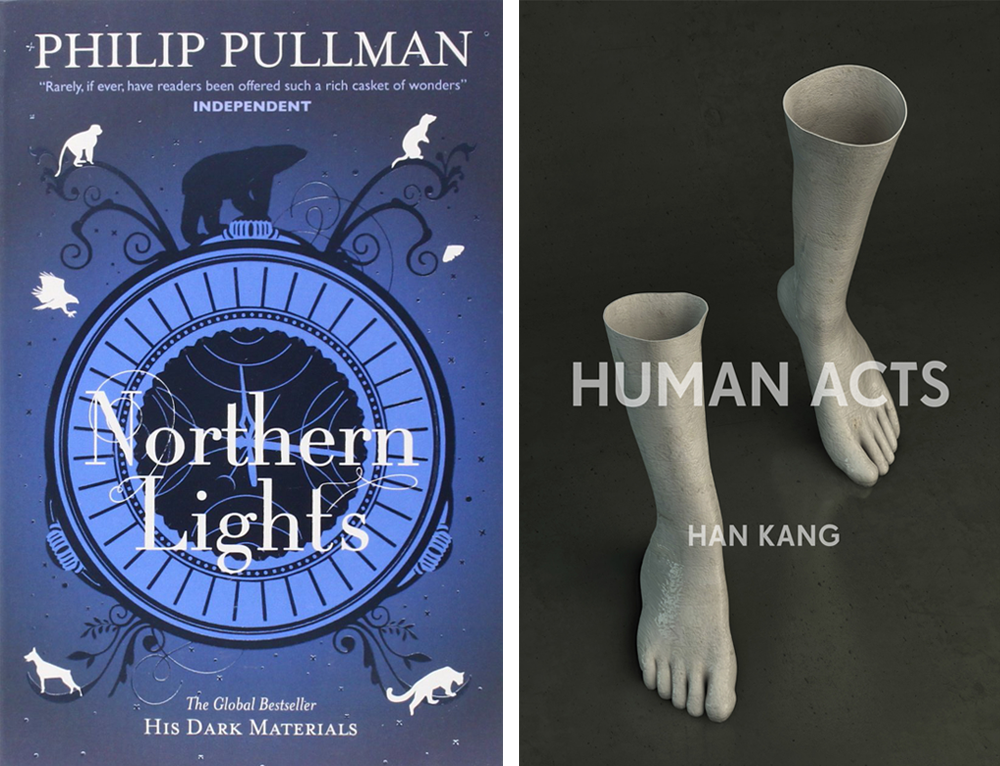 
'When Lyra's friend Roger disappears, she and her dæmon determine to find him.
The ensuing quest leads them to the bleak splendour of the North, where armoured bears rule the ice and witch-queens fly through the frozen skies - and where a team of scientists is conducting experiments too horrible to be spoken about.
Lyra overcomes these strange terrors, only to find something yet more perilous waiting for her - something with consequences which may even reach beyond the Northern Lights.'

Northern Lights completely passed me by. I think I was a little too young when it was first published, and I had probably entered what I now refer to as my 'lost reading years' when I was about the age where it would have been something I would have wanted to read. After briefly reading a few reviews it seems to be quite a love/hate novel and I'm interested to see how I end up feeling about it. I don't really have any expectations and I have no real idea of the intricacies of the story - everything I know is from the blurb.


'Gwangju, South Korea, 1980. In the wake of a viciously suppressed student uprising, a boy searches for his friend's corpse, a consciousness searches for its abandoned body, and a brutalised country searches for a voice. In a sequence of interconnected chapters the victims and the bereaved encounter censorship, denial, forgiveness and the echoing agony of the original trauma.'

Honestly I have very little idea of what this book is about, but I have seen it mentioned many times in various places over the last couple of days and it has stuck in my mind despite never seeming to have a pen when I was wanting to make a note of it.

From just those few lines it sounds like it's going to be a haunting story, told through (what I'm told is) Han Kang's poetic and incredibly vivid writing. It has also reminded me that I'm keen to begin exploring the world of translated work. I'm beginning to find my feet with understanding the kind of stories I think I'll enjoy (in a nutshell, anything that makes me feel something) and now I've figured that out, I'm ready to explore a whole world of voices I've been missing out on because I don't share their language. 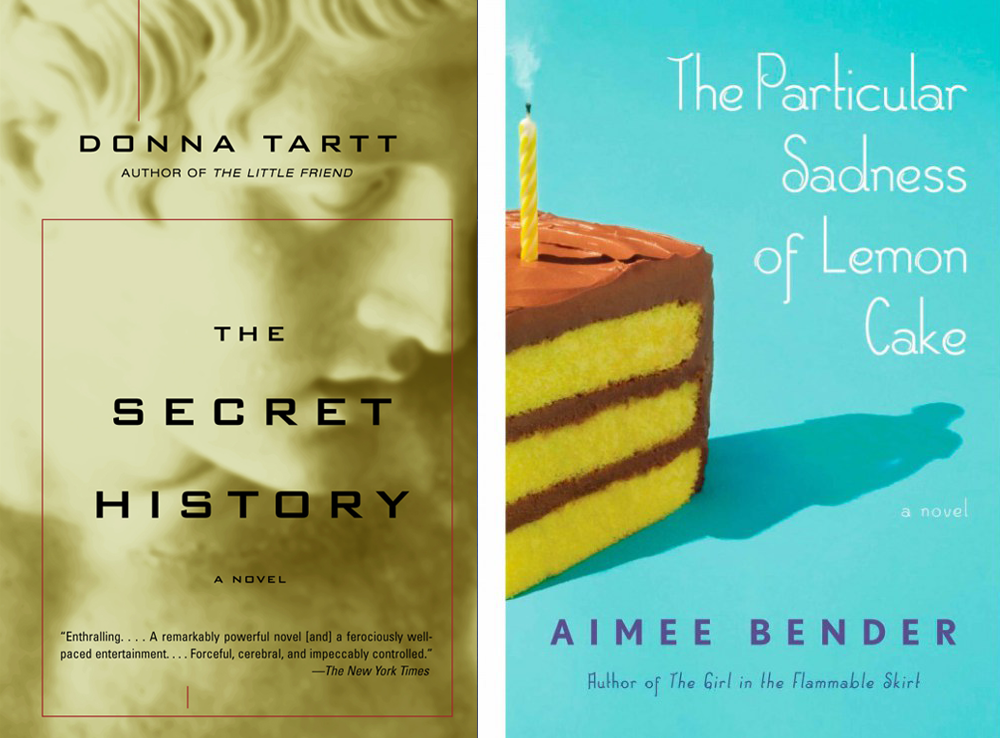 The Secret History by Donna Tartt.


'Under the influence of their charismatic classics professor, a group of clever, eccentric misfits at an elite New England college discover a way of thinking and living that is a world away from the humdrum existence of their contemporaries. But when they go beyond the boundaries of normal morality their lives are changed profoundly and for ever.'

In theory this book and I should get on very well. A college setting, mildly pretentious sounding characters and writing that looks like I need to dig out my page flags so I can mark any particularly beautiful sentences. And I began with 'in theory' because I have become a little wary of hype. When a book begins receiving a lot of excellent reviews I usually tune out all the buzz so I don't get carried away, but when I first came across The Secret History I read lots and lots of (non spoiler) reviews. It has now, however, sat patiently on my shelf for a year or so, I think it's time to read it very soon.

The Particular Sadness of Lemon Cake by Aimee Bender.


'On the eve of her ninth birthday, Rose Edelstein, a girl at the periphery of schoolyard games and her distracted parents’ attention, bites into her mother’s homemade lemon-chocolate cake and discovers she has a magical gift: she can taste her mother’s emotions in the cake. She discovers this gift to her horror, for her mother—her cheerful, can-do mother—tastes of despair and desperation. Suddenly, and for the rest of her life, food becomes a peril and a threat to Rose.

The curse her gift has bestowed is the secret knowledge all families keep hidden—her mother’s life outside the home, her father’s detachment, her brother’s clash with the world. Yet as Rose grows up she learns to harness her gift and becomes aware that there are secrets even her taste buds cannot discern.'

Aimee Bender's work has been recommended to me more times than I could even begin to count. What a concept this novel has though, right? Being able to taste emotions. I'm certainly particularly looking forward to delving into this one. 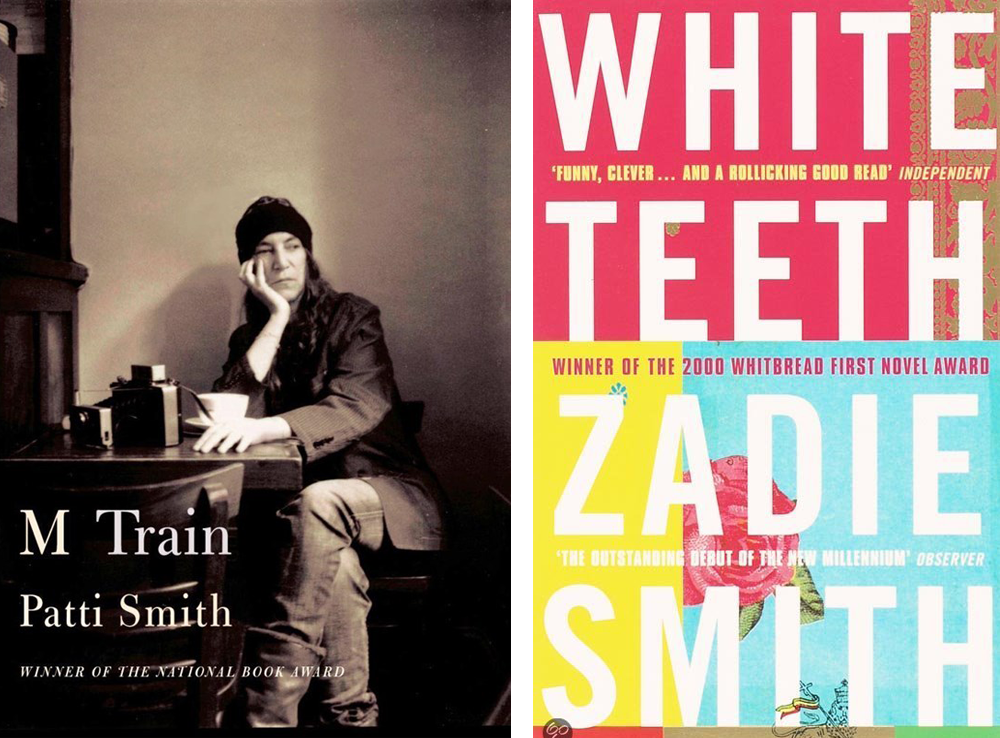 
'M Train is a journey through eighteen "stations." It begins in the tiny Greenwich Village café where Smith goes every morning for black coffee, ruminates on the world as it is and the world as it was, and writes in her notebook. We then travel, through prose that shifts fluidly between dreams and reality, past and present, across a landscape of creative aspirations and inspirations.

Woven throughout are reflections on the writer's craft and on artistic creation, alongside signature memories including her life in Michigan with her husband, guitarist Fred Sonic Smith, whose untimely death was an irremediable loss. For it is loss, as well as the consolation we might salvage from it, that lies at the heart of this exquisitely told memoir, one augmented by stunning black-and-white Polaroids taken by Smith herself. M Train is a meditation on endings and on beginnings: a poetic tour de force by one of the most brilliant multiplatform artists at work today.'

Have you ever really wanted to read a book, but at the same time also not wanted to read it because you wanted to keep hold of those magical 'before reading feelings of anticipation that a book you know is going to be a bit special' seems to hold? I feel like that with this book. Patti Smith is a huge inspiration and I know I'm going to adore M Train. I mean, it's Patti Smith. I've learnt that she simply doesn't disappoint. She's built up such a cavernous wealth of knowledge and experience over her life, and her way of storytelling has such a beautiful, raw touch that I simply adore. I've started reading already and so far it's everything I had hoped it would be.


'On New Year's morning, 1975, Archie Jones sits in his car on a London road and waits for the exhaust fumes to fill his Cavalier Musketeer station wagon. Archie—working-class, ordinary, a failed marriage under his belt—is calling it quits, the deciding factor being the flip of a 20-pence coin. When the owner of a nearby halal butcher shop (annoyed that Archie's car is blocking his delivery area) comes out and bangs on the window, he gives Archie another chance at life and sets in motion this richly imagined, uproariously funny novel. '

White Teeth has been sitting patiently on my shelf for a while now, maybe even over a year. I found it in my favourite charity shop and although occasionally I take it off the shelf & read the blurb, I find myself putting it back every time. I'm not sure why. I think it'll be a book I enjoy when I do pick it up, but I haven't quite managed to get started yet. This year will be the year, it must be. 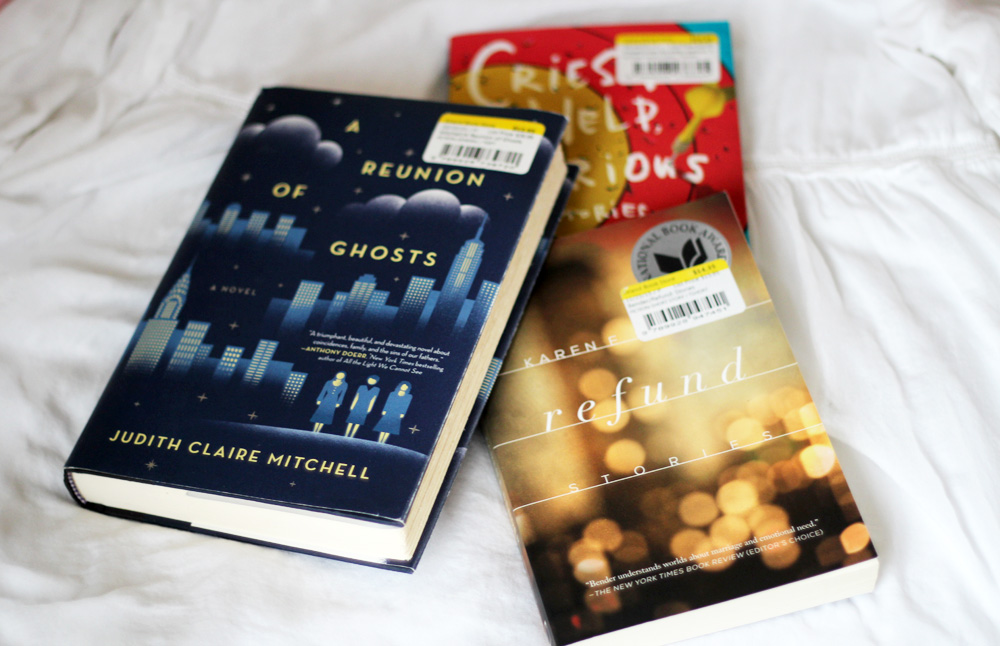