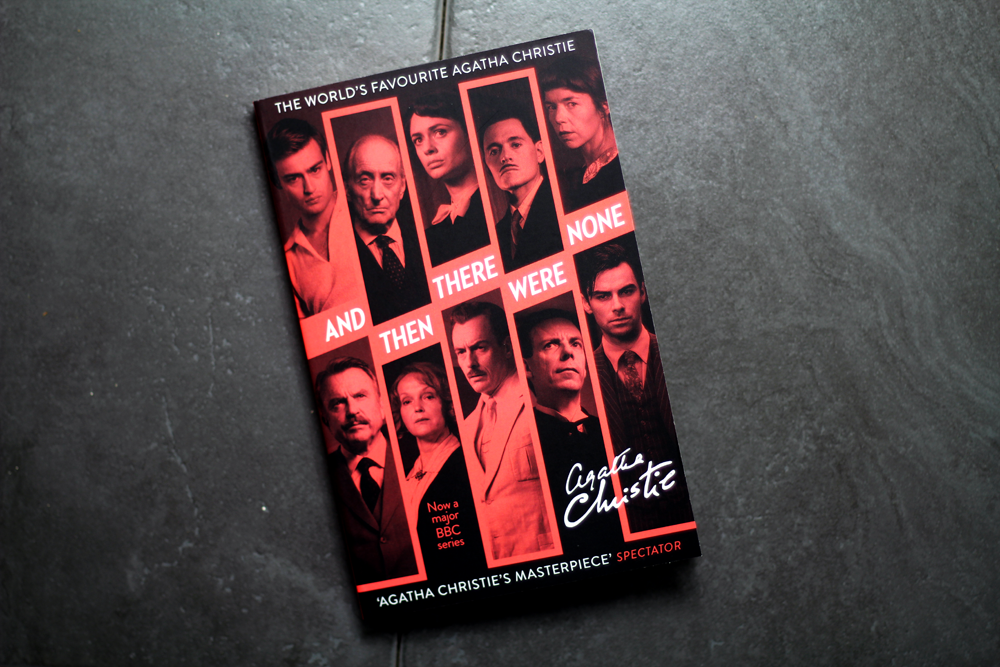 And Then There Were None by Agatha Christie

During what has turned out to be an emotionally draining week, I've been spending as much time as possible retreating from my real life into the lives of others through books. I'm grateful to have rediscovered the joys of reading every single day, but even more so during difficult times when the right book can help ease heightened emotions and whisk reality away, even if it's just for a few minutes here and there.

'It's 1939 and Europe teeters on the brink of war. Ten strangers are invited to Soldier Island, an isolated rock near the Devon coast. Cut off from the mainland, with their generous hosts Mr and Mrs U.N. Owen mysteriously absent, they are each accused of a terrible crime. When one of the party dies suddenly they realise they may be harbouring a murderer among their number.'


This is a fairly new addition to my bookshelf after a quick rummage around The Works the other day, meaning it was so inexpensive it was almost free. Almost. I watched the BBC adaptation a few weeks ago and thought it was brilliant so I'm familiar with the story, but that isn't taking any enjoyment away from the book and I'm already beginning to see why it is so widely regarded as her masterpiece.

I'm currently about half way through and I already knew the plot would be intricately constructed, but I'm incredibly impressed with how well Christie has fleshed out each of the many characters in so few words. As I already know how the story unfolds I've been looking out for clues, but it's so tightly put together that if I didn't already know I'd have absolutely no idea. The sheer simplicity almost adds an extra layer of mystery. It's really very clever.


What are you currently reading?