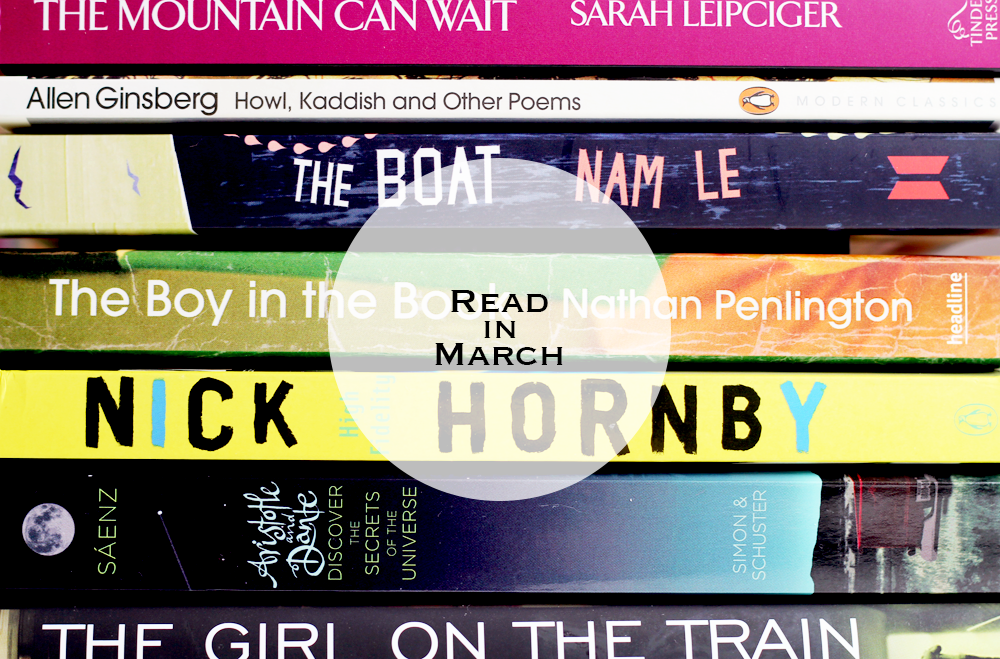 *Dusts off the cobwebs* *Turns on the light*
Hello! So... it turns out that keeping up with two blogs is slightly trickier than I had first anticipated. BUT I've been practicing planning ahead, writing lists and not loosing so much time to endless Ted Talks so it's good to be back! March was a much better reading month that February, although it still had nothing on January. But that's okay. Here are a few sentences about each of the 8 books I read last month... 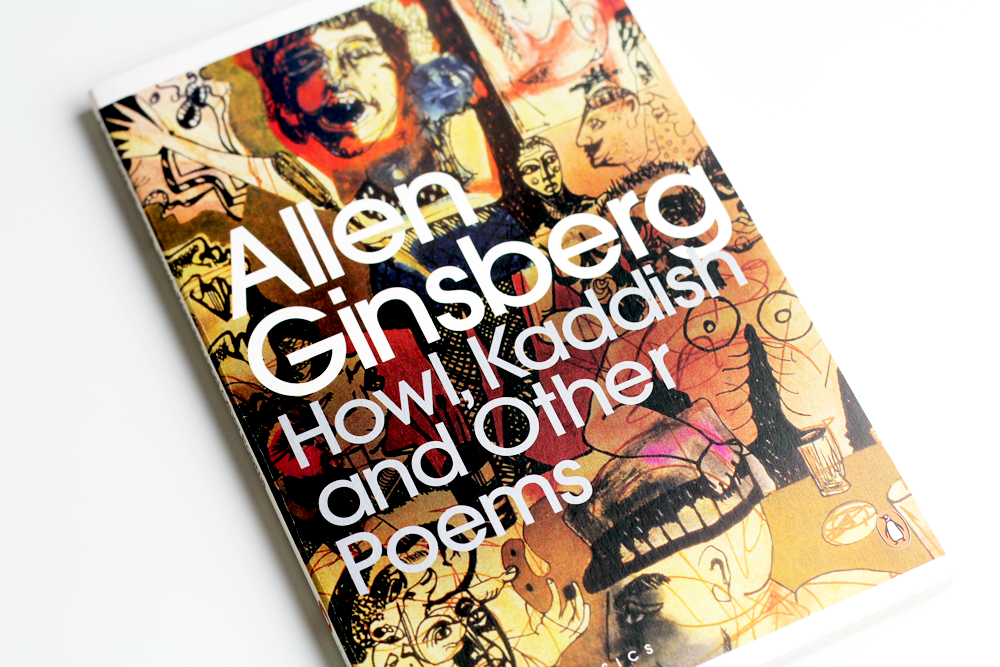 Howl, Kaddish and Other Poems by Allen Ginsberg | ☆☆☆☆☆
After spending the majority of March attempting to write a coherent essay about how women's voices are represented in Howl, it's safe to say I must have read those few pages around seventy times or more. I can see why it was such a force, especially when listening to recordings of Ginsberg reading in front of a lively audience hanging on his every word. The beat generation as a whole is quite fascinating, they're such problematic figures but the work they made had such an impact. 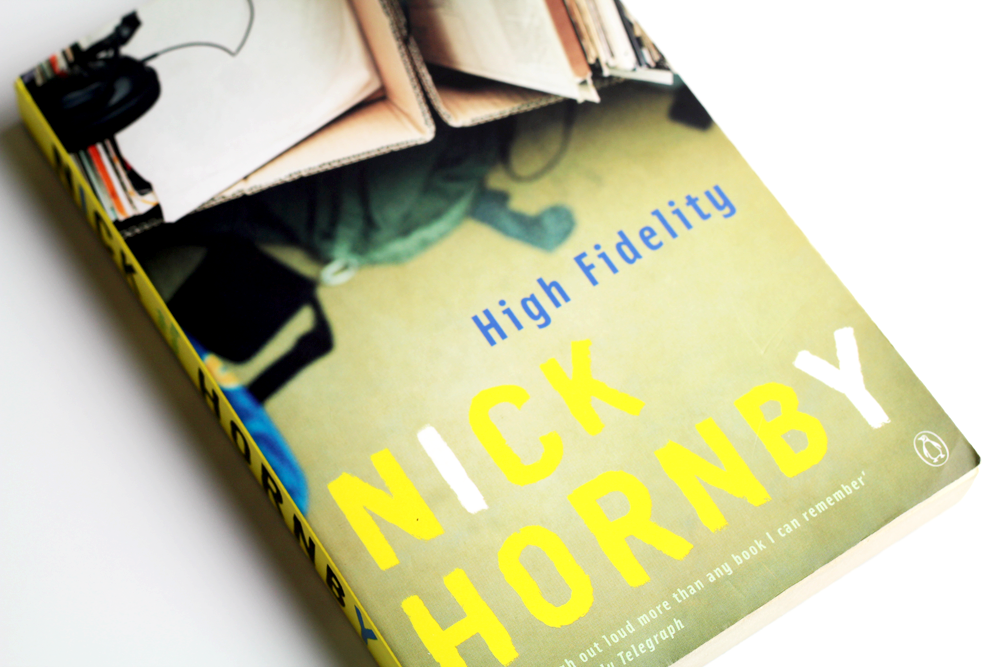 High Fidelity by Nick Hornby | ☆☆☆
This is a book that caught my eye as I was perusing my boyfriend's bookshelf and all I really felt as I was reading was a sense of not feeling particularly surprised that it's a novel he gravitated towards in his younger days. I guess I thought it would be a little funnier than it was? I don't know. It was a bit disappointing I suppose. 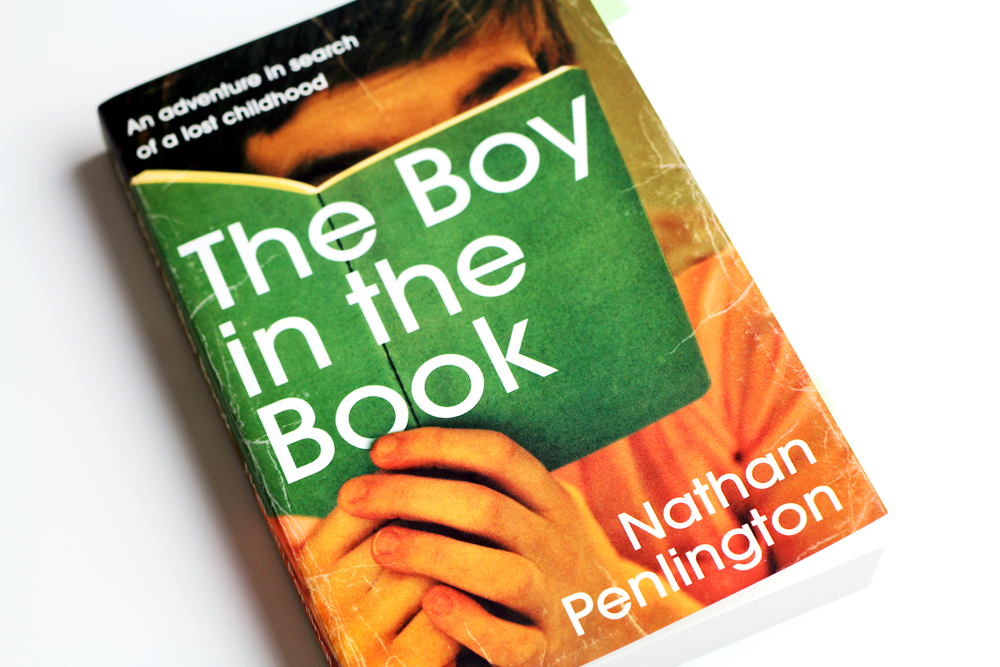 The Boy in the Book by Nathan Penlington | ☆☆☆
Nathan Penlington buys a set of Choose Your Own Adventure novels on ebay because he remembered loving them as a child. As he picks the books up and begins flipping through the pages he not only relives his own childhood, he also stumbles across Terrence's. Throughout Terrence had scribbled down things about his life; being bullied at school and his desire to make real friends. Inside one of the books was a diary and even though it must have been twenty years since Terrence had written those words, Nathan set off on his own adventure to find out what happened to this boy who, for him, only exists within the pages of books.

I've never read anything quite like this before and I particularly liked how it ended up not only being a search for Terrence, because I really did want to find out where life had taken him, but also how it enabled me to become a part of Nathan's journey too. 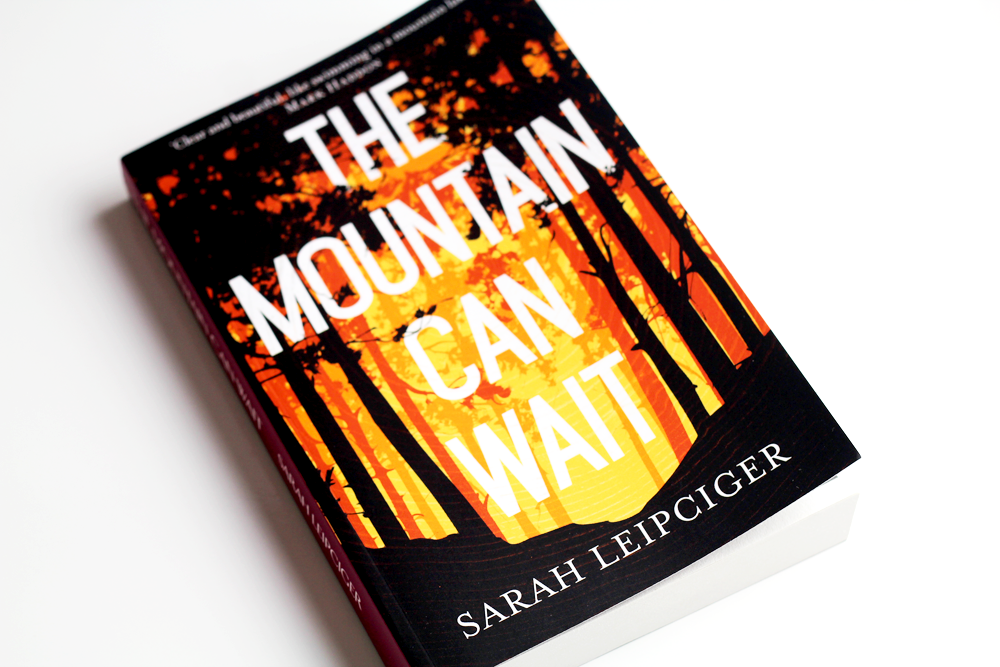 The Mountain Can Wait by Sarah Leipciger |  ☆☆☆☆
If you love explorations of relationships between characters, with beautiful descriptions of the Canadian landscape peppered throughout, this is the novel for you. It's a truly marvelous piece of writing. The landscape is scarred, much like the characters as they make their way through life in the best way they know how to. Their best way isn't always necessarily the 'right' way and the novel really allows the space to try and understand why they react in the ways they do. An unsuspecting novel that drew me in immediately and was very nearly my favourite read of the month. It's published on May 7th and it's one to look out for. 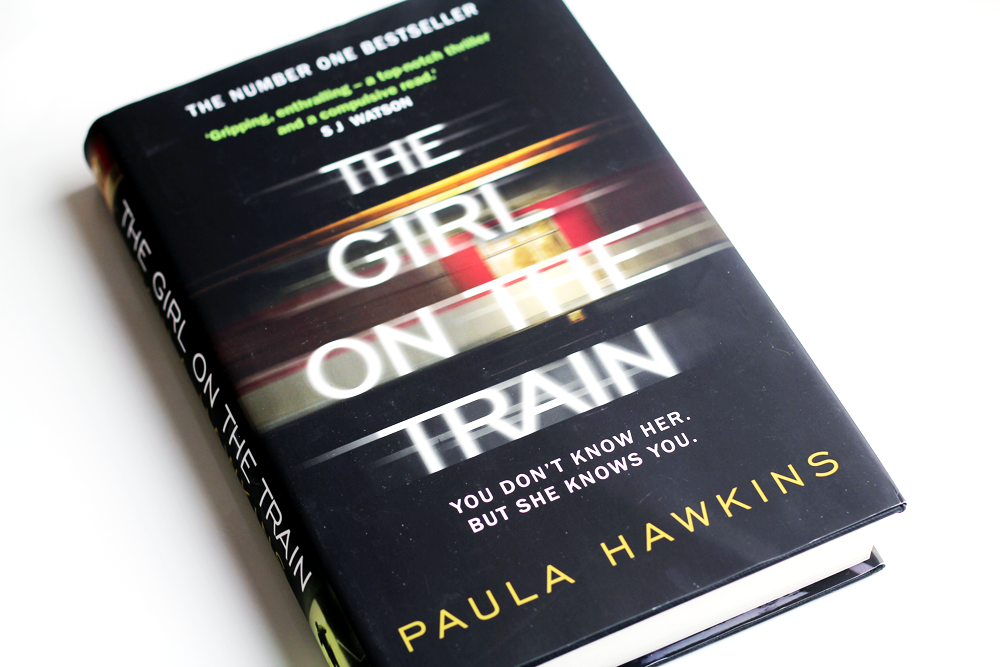 The Girl on the Train by Paula Hawkins | ☆☆☆
I bought this for my Mum as part of her mother's day present and naturally I had to borrow it after she had read it. For a long while I wasn't really interested in picking it up because of the comparisons that had been made to Gone Girl (which I wasn't a fan of) but curiosity got the better of me and I'm glad that it did. Perhaps overwhelming marketing really does work?1 I won't go into the plot because I'm sure you've heard a lot about it already but I went in without particularly high expectations, and in the end I thought it was pretty good.

It wasn't mind-blowing and I had figured out what was happening before the big reveal, but that's part of the fun. I wanted to piece the clues together before I was told what was happening. And I got that. The characters are all delightfully terrible too and it's always interesting following the stories of people when you're not sure if you should be rooting for them or not. 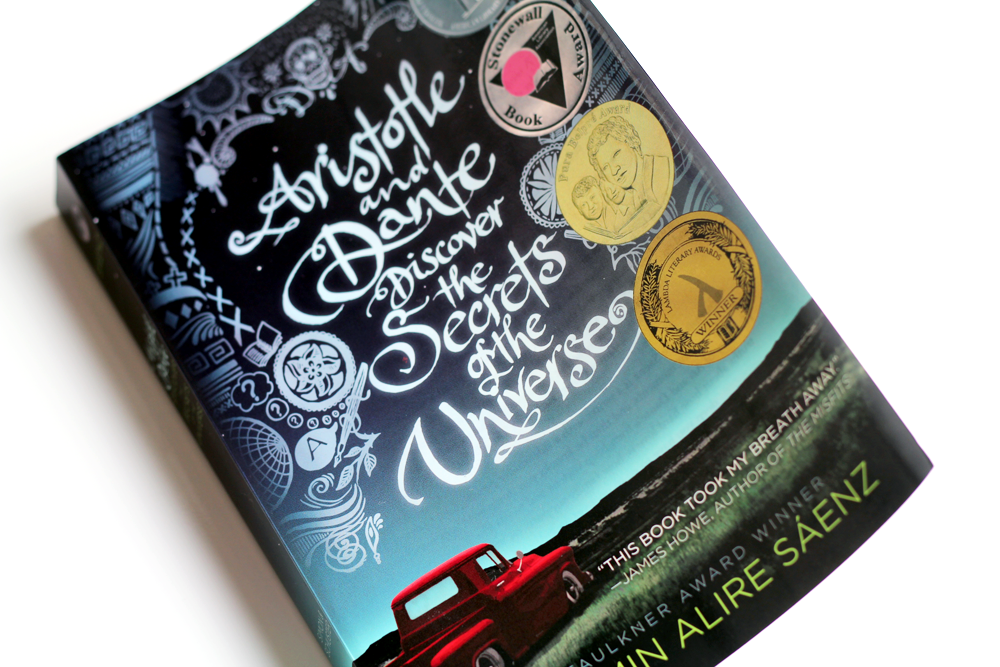 Aristotle & Dante Discover the Secrets of the Universe by Benjamin Alire Saenz | ☆☆☆☆☆
This was on my list of books I really wanted to read this year and oh my goodness, it was so lovely. I won't say too much more here because it was my book of the month for march and most certainly deserves its own post. But my love for it is a combination of a wonderful story and it being a case of the 'right book at the right time'. If you've been meaning to pick it up for a while, please do. It's incredibly sweet. And there is definitely a place for sweet books on my shelf! 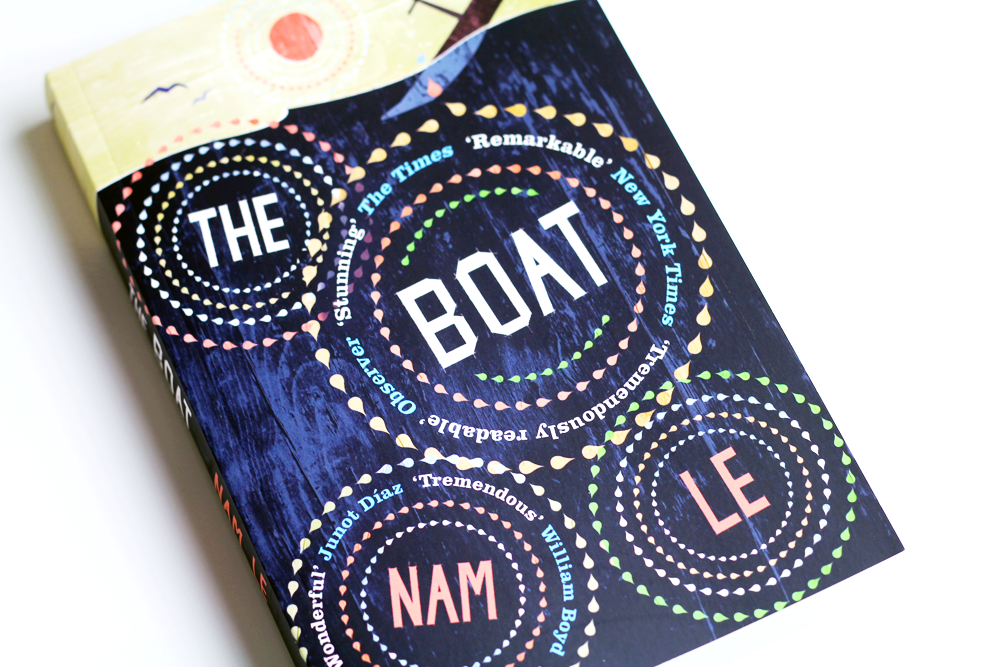 The Boat by Nam Le | ☆☆☆
This collection of short stories took me longer to get through than I was expecting. I adored the first story, the stand out of the collection for me, and the rest were okay but nothing special. That's the risk with short story collections I suppose, and how well the individual pieces read next to one another is how I distinguish between a good collection and an okay one. Many of the stories are slow, they're not event based but they are very character driven. They're a real exploration of people and in that respect I think it really does achieve what Le wanted to, the only issue I had was that sometimes I wasn't quite able to believe in them wholeheartedly, they felt a little constructed. 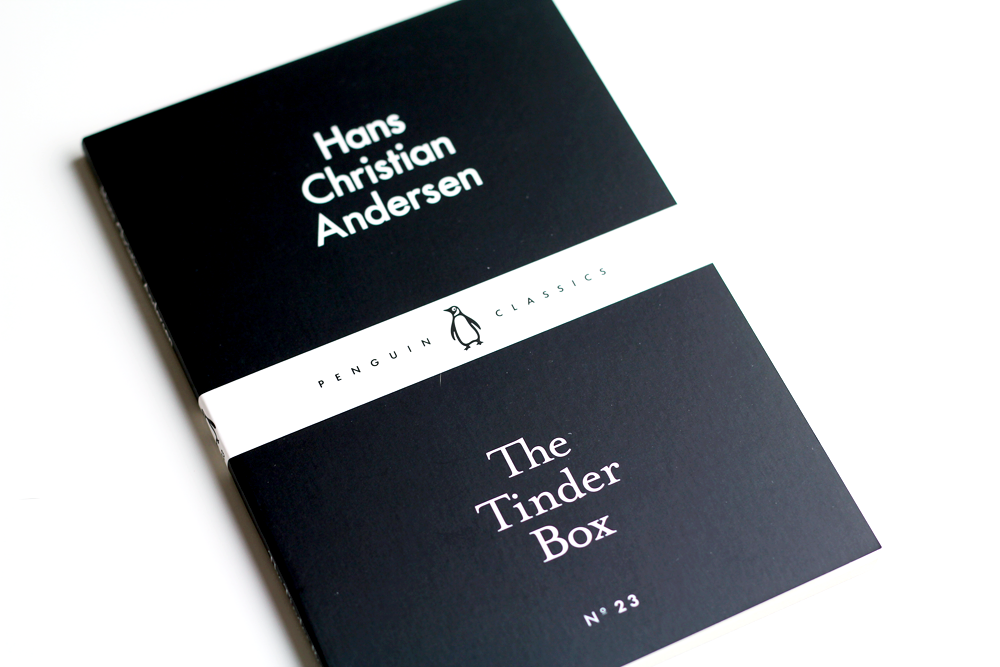 The Tinder Box by Hans Christian Andersen | ☆☆☆
It definitely feels like I'm cheating counting this as a book because it's so tiny. But it is a book. Just a short one. So I'm counting it anyway. The Tinder Box is a delightfully informal tale with a distinct lack of morals. There are a couple of other stories in there too, and although the title tale definitely stood out for me, nothing felt particularly remarkable enough to warrant more than three stars.


Was march a good reading month for you?

Labels: read in march wrap up